Critical Knowledge Sovereignties: Feminist Perspectives from the North and South

Much has happened since “globalization” became a buzzword in the early 1990s. From neoliberal techno-enthusiasm through securitization and militarization to the political triumph of authoritarianisms around the world combined with the rapid intensification of socioenvironmental collapse, the term as such, “globalization”, has long lost its original positive connotations. Since the very beginning critical feminist perspectives challenged the totalizing masculinism of “globalization” discourse, its tendency to subsume all resistant particularities into an ideological abstraction. This panel seeks to revisit the epistemological dimensions of the feminist critique of globalization through the notion of “critical knowledge sovereignties”. This notion is proposed as a challenge to the globalizing/masculine narratives that seem to persist in conceiving academic writing and publishing as the exclusive authoritative spaces of knowledge production in the field of cultural studies. Critical knowledge sovereignties refers to experimental publishing connected with social movements, to interventions in public space that lead to a re-writing of collective narratives and social relations from below, to liberal debates around copyright in the context of indigenous struggles against extraction and misappropriation of collective knowledges, but they also refer to an interrogation, problematization and a reflective challenging of the philosophical infrastructure of any narrative on knowledge sovereignty and collective epistemic action.

Rather than considering “radical” strands within the OA movement as evolvements out of early internet, free and open source cultures and as a concern of the critical humanities solely, I would like to open out from these commonly ascribed ancestry lines towards decades of anti-hegemonial struggle (Kiesewetter, Kolb 2019) by feminist, queer, decolonial and anti-racist movements and the ethico-onto-epistemological, strategical and methodological dimensions of their critique grounded in embodied experiences of racialisation, intersectional discrimination, and resistance in academia (de Jong et al. 2017; Leyva et al. 2017; Simpson 2011) and beyond. This by no means intends to be a revisionist approach. Shedding light on these struggles might help to, between other, complexify and nuance the notoriously simplified and generalised notions of openness as a carrier of “social and political benefit in all cases” (Christen 2012, 2878) and of a boundless mobility of knowledge—ideas that have been persistent rhetorical figures within the techno-positivist narratives of both historical and present discourses around free and open knowledge cultures and OA advocacy in general. Specifically also within the totalising narratives of funder and policy driven strands within the OA movement. Discussing the strategies and practices of these initiatives might open new ways of relating what is currently done within feminist and intersectional OA publishing cultures with what already has been done in similar vein, and thereby point out new and other publishing formats, activities and institutions that allow to achieve transnational feminist solidarities through an active engagement with distance, diversity, difference and collective and individual transformation. Ultimately this also intends to be an attempt of strengthening alliances between feminist and intersectional activism and activists beyond academia and across time, and a supportive gesture towards those OA advocates whose critical engagement against the neoliberal versions of OA put forward by funders and policy makers is perpetually downplayed and precarised.

Abstract: On August 16th 2019 feminists took over the streets of Mexico City to protest sexual violence and police brutality. Media attention, however, focused on the acts of vandalism perpetrated against public property. Scratches, graffiti, and historical monuments covered in purple glitter with legends such as “Feminicide State”, “rapist police”, and “patriarchy is going to fall” were the visible aftermath of the demonstration. This led to a widespread debate between those shocked by damaged public property and those who claimed new feminist formations were taking place. In this paper I address and advance that debate by putting forward an argument regarding the different meanings these forms of violent protests and interventions may entail. I ask whether feminist interventions on public monuments suppose an epistemological break in the re-writing and re-appropriation of public space and the impact those may have in the production of alternative forms of collective knowledge.

Abstract: In 2017 the Guatemalan Constitutional court requested the Congress to amend the Copyright Law (Ley de derechos de autor y derechos conexos) in order to meet the demands of the National Movement of Mayan Sewers/MNTM (Movimiento Nacional de Tejedoras Mayas). The MNTM, integrated by indigenous Mayan women sewers from all over Guatemala, had demanded protection for their design and textile techniques that had for years been appropriated and commodified by national and international fashion companies. The Movement’s specific request was to expand the law to include the category of “collective intellectual propoperty” in order to recognize the indigenous population as a collective author. However, the larger ambition of the MNTN makes clear that a legal reform is far from satisfactory. At stake for the MNTN is not just “protection” or “authorship” but the recognition of a form of life that entails notions of “property”, “subject” and “knowledge” that do not fit within Guatemala’s liberal political spectrum that locates these notions between the public and private domains. The MNTN’s position echoes arguments that indigenous populations in Bolivia, Ecuador, Perú and Chile have produced in recent years that have brought about constitutional reforms and reparations. The question this paper seeks to address is whether these larger demands by the MNTN can do entirely without a liberal framework to configure knowledge sovereignty. Also, can their demands work as global barriers to extractive dynamics in knowledge production and appropriation if they leave aside sanctioned notions of ‘property’ and ‘authorship’? Is there any specific resonance that can be distinguish as ‘feminist’ given the MNTM’s constituency?

This paper proposes, explores and problematizes the notion of critical knowledge sovereignties, which is inspired by the 2019 open access volume “Whose Book Is it, Anyway? Views from Elsewhere,” edited by Sarah Kember and Janice Jefferies. If hegemonic, liberal notions of authorship and intellectual property have a structural masculine bias, it seems time to expand and diversify the conversation around feminist alternatives to such notions, taking heed of intersectional complexities, the geopolitics of academic knowledge production, circulation, and appropriation, and the subjective challenges of (masculine) neoliberal capitalism as a structural bias in the university. Kember and Jefferies, as well as the numerous feminist contributors to the “Whose Book Is it, Anyway?”, already provide the key starting points for such an expansion and diversification. This paper will draw on those key points and discuss them in the light of preliminary mapping of feminist journals and publishing in contemporary Mexico. The main question will be: Can academic feminism in the Global South do entirely without liberal political narratives in its quest to configure critical knowledge sovereignties in the Global South? 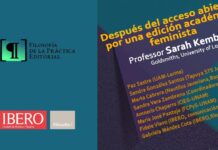 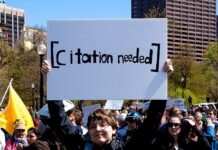 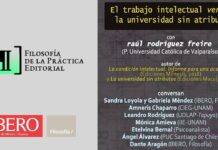 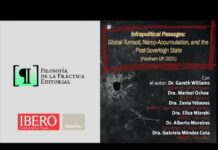 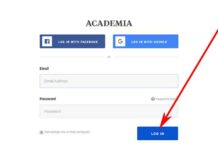 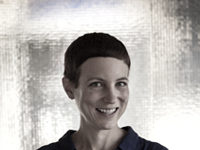 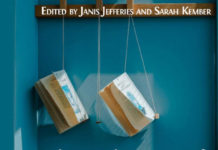 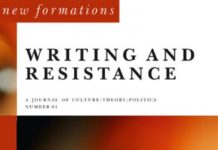 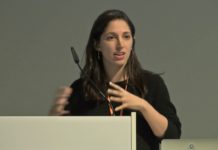